A recent court case demonstrates that long-standing use of an access with the benefit of old legal rights of way can’t rule out the need for legal indemnity insurance. 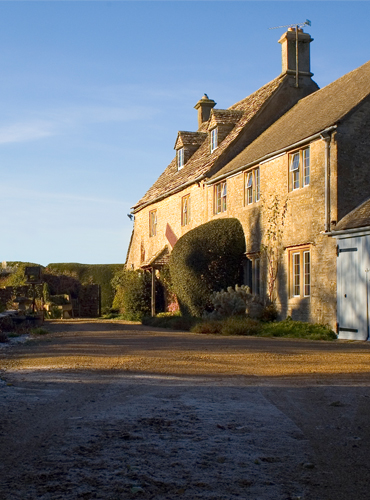 When Mr Gore bought a property called The Granary in 2007, it benefitted from a right of way over a shared driveway “for all purposes connected with the use and occupation of the said granary but not further or otherwise” by virtue of a 1921 conveyance. The purchase included adjoining land that had once been part of the driveway, which the seller had acquired by adverse possession and upon which they had built a garage in 1994. Mr Gore proceeded to let his new property to tenants, who used the driveway to access the garage as well as The Granary.

In 2012, Mr and Mrs Naheed bought the neighbouring property, which included part of the driveway, and began to use it to run a family business, using the driveway to take deliveries.

Delivery vehicles regularly blocked access to The Granary’s garage, and the ensuing dispute ended in the Naheeds taking Mr Gore to court, claiming The Granary and its occupants had no right to use the driveway to access the garage under the 1921 rights granted. This proved too much for the tenants, who chose not to renew their tenancy, and Mr Gore was left unable to let his property during the legal proceedings.

As it happened, the court ruled in Mr Gore’s favour because they decided that using the driveway to access the garage was for the enjoyment of The Granary.

The Naheeds appealed the decision on the basis that the ruling did not take into account case law established in Harris v Flower. This case established that, essentially, a right of way over Land A (in this case, the driveway) granted to Land B (The Granary) cannot be used to access Land C (the garage).

The reason the Court ruled that Harris v Flower didn’t pertain to this case was largely because of the differences in the two conveyances. Whereas the conveyance in Harris v Flower granted rights for a specific parcel of land, which could not be extended to any additional land purchased, the 1921 conveyance for The Granary was far more generous.

The Court ruled that, because the garage was being used by the occupant of The Granary to park a vehicle, this fell under the right to use the driveway “for all purposes connected with the use and occupation of the said granary” because use for the garage was purely ancillary or subsidiary to the land with the rights (The Granary).

Access cover is one of the most frequently requested by our customers. And while we see plenty of enquiries for properties where no rights have been granted to use the access way, we also handle cases where rights previously granted are potentially insufficient for the property as it currently stands, as was the case for The Granary. The case of Gore v Naheed also illustrates why we receive the most claims against our Access policies, particularly for existing properties. Many of our policyholders and their predecessors have used an access way unchallenged, just like at The Granary, until the property which encompasses the access changes hands and the new owners raise a dispute over its use.

And, even if rights have been previously granted, they can still be challenged as potentially insufficient for the current property, depending on different points of view. Thankfully, Mr Gore was able to secure a positive outcome, but it took over three years to finally settle the issue through the Courts. When handling similar access issues, our dedicated Claims team will work hard to resolve any dispute as quickly as possible and, if matters do result in legal proceedings, our policy will naturally cover any legal fees involved.

If your property transaction features uncertain access rights, contact one of our expert underwriters to see if they can protect your client with a legal indemnity policy. You can speak to them on 01603 617617, email enquiries@cli.co.uk, or get a quote from Elite.