People like to alter their properties to make them their own but, when they can’t provide evidence of Building Regulations consent for these alterations, our legal indemnity cover can prevent the issue from slowing down any subsequent sale of the property. 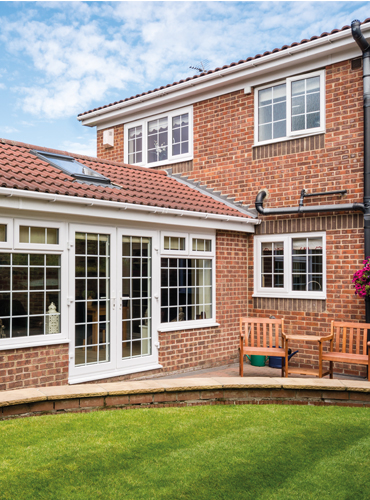 The need for Building Regulations legal indemnity insurance is driven by the case of Cottingham v Attey Bower & Jones. This set the legal precedent that a local authority can take enforcement action years after works had been completed at a property, if building regulations consent had not been obtained, or where evidence of such consent could not be produced.

If there’s no evidence of consent at the time of a sale, one option is to approach the Local Authority. However, that can cause additional problems. It can take time, and runs the risk of the sale falling through or seeing the very enforcement action everyone is trying to avoid, potentially requiring the homeowner to alter, remove, or demolish the offending works.

Our Building Regulations cover is an excellent alternative to approaching the Local Authority, not only preventing the transaction from being delayed, but also providing protection for the buyer against potential and significant loss in the future as a result of enforcement action by the Local Authority.

If the past works are alterations, such as replacement windows, a conservatory or an extension, and the property hasn’t changed use and won’t in the near future, our underwriters’ primary concern will be that sufficient time has passed with no action and that the Local Authority is not currently taking enforcement action or about to.

In practical terms, the longer the works have been in place, the less likely it is that the Local Authority will take enforcement action. But we can cover works provided they were completed at least 6 months ago.

Our policy is intended to prevent past works from holding up a transaction. It covers the property as it stands on the policy commencement date i.e. with no indication of enforcement action, or anything that could lead to enforcement. And this is reflected in the low starting premium of just £22.

However, our underwriters are sometimes asked if our Building Regulations policy will cover claims on the past works coming from further works that the buyer is planning to carry out. Such claims can arise because undertaking further alterations to the property runs the risk of drawing the Local Authority’s attention to the existing works, and thereby increasing the chances of enforcement action.

Of course, most insurance policies require the policyholder to do their best to reduce the chances of a claim, not increase them! As such, actions that alert the Local Authority to the existing works, such as inviting them to inspect new alterations, are not covered.

We can also offer cover for the property as originally constructed, where the Local Authority has mislaid their records of building regulations consent, and combine it with cover for missing evidence of planning permission too.

Speaking of combined covers, Building Regulations can be combined with a number of our other policies, including Restrictive Covenants, Listed Buildings, and Conservation Area Consent.

We also offer a stand-alone FENSA policy, starting at £12, that covers missing evidence of installation certificates for windows, boilers, and electrical works.

As so many properties have been altered by previous or current owners, Building Regulations is one of our more frequently requested covers, and one of the policies against which we receive the most claims. The claims case study in this edition of intouch shows how we tackle these claims and how costly they can be.