Imagine arriving at your property to find that posts had been erected to stop you gaining access. This was the scenario facing one of our insured parties recently, and it highlighted the value of an Access Indemnity policy. 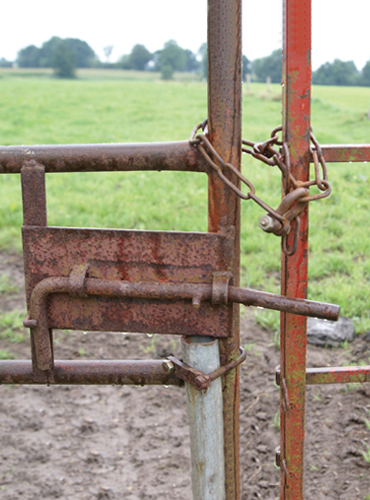 In February 2012, we were approached by a solicitor acting for the purchaser of some paddock land in Chipperfield, Hertfordshire. Access to the paddock was via a track that ran through some common land, the owner of which was unknown.

The solicitor was able to provide a statutory declaration which revealed use of the access way from 1965 to 1978, and another which showed use from 1998 onwards. Crucially though, evidence of use between 1978 and 1998 was missing, meaning that prescriptive rights could not be claimed.

Cover was therefore required in the event that the true owner came forward and tried to prevent the new owner's use of the access. We accepted the risk, and a few days later issued an Access Indemnity policy to cover the full purchase price of £160,000.

Out of the shadows

A matter of weeks after the policy was issued, our insured lodged a claim. The local Council had declared that the land belonged to them, and erected posts which prevented our insured from accessing their property by vehicle.

Our Claims team was contacted by the insured's solicitor, and we immediately set to work trying to establish the insured's position with regard to the access. As it stood, despite the fact that statutory declarations showed use for 27 out of 47 years, including all of the previous 14 years, without the missing evidence showing use between 1978 and 1998, the Council was acting within its rights.

Many attempts were made to locate this missing evidence from the previous owners, but the investigations failed to produce strong enough proof to use in any proceedings.

The Council was completely unwilling to grant an easement for vehicular access over their land, as the common was protected due to its value to the local community. Subsequent investigations also revealed that pressure from local residents may well have influenced the Council, as the owners of some of the properties surrounding the land had previously shown interest in purchasing portions of it to extend their gardens.

We'd exhausted all reasonable measures to resolve the dispute and without vehicular access, the paddock was rendered worthless to our insured. As a result, we reimbursed them the full £160,000 policy limit, in recognition of the loss in market value, and this included a significant sum to cover the legal costs incurred by their solicitor.

Back Find out more
Restoring the balance Get off my land! Under the spotlight