Changes are imminent to laws affecting developers - what impact are they likely to have? 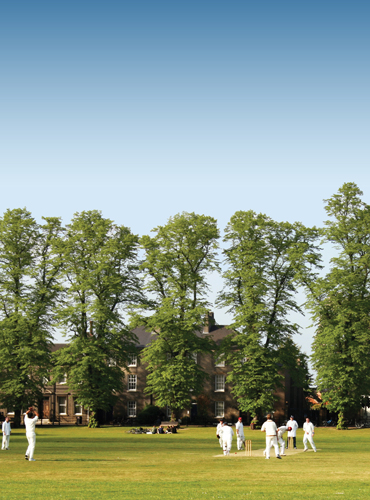 Town and village green registrations and judicial review applications have become two of the biggest millstones around the necks of developers.

The Government acknowledged this when they decided to take measures to reduce the number of applications for both, claiming that they were hampering economic growth. This resulted in the publication of the Growth and Infrastructure Bill in October 2012 to address issues regarding increasing town and village green registrations. For judicial reviews, the Ministry of Justice issued a consultation paper proposing amendment of the application process in January of this year, and the measures look likely to be implemented in the summer. So, what exactly do these changes involve, and how will this affect the way legal indemnity insurance is provided in the future?

Though the phrase ‘town and village green' may invoke idyllic images of local communities playing cricket on lush green fields, for a piece of land to be registered as a town or village green, it doesn't have to match this ideal: one, for example, was a concrete jetty.

A town or village green (TVG) is simply defined as common land where a neighbourhood indulges in lawful sports and activities. These activities may include organised or ad-hoc games, picnics or fetes, just so long as they've been done as of right (which means without ‘force, secrecy or permission') for at least 20 years, with an allowance made for an interruption of use up to two years. Crucially, if land is registered, it cannot be built on.

From a developer's viewpoint, there has been a need to change the application regime since the Commons Act of 2006 was passed. This removed the traditional TVG image, made it easier for local communities to register land, and led to an increase in applications. Although applications are often submitted legitimately to protect open spaces, there is growing concern that they are being used for wider motives, i.e. to undermine the planning process, and delay or prevent developments.

It's no surprise therefore, that the Growth and Infrastructure Bill has been welcomed by developers, as the changes are intended to rationalise or temper applications for registration of TVGs.

Firstly, under the Bill, landowners will be able to register statements of intent with the Commons Registration Authority, which will assert that their land has not been used as a TVG. If these statements are deposited before a 20 year period of use has accrued, users of that land will be unable to claim that they have used it long enough for it to qualify as a TVG. If 20 years use has already been established, the landowner statement will activate a two year period in which applications can be made.

Secondly, the right to apply for registration will be restricted in the future by what is referred to in the Bill as trigger events. For instance, it will no longer be possible to apply for registration once an application for planning or development consent has been made in respect of the land. The restriction is enforced from the moment the planning application is first publicised, until it is either withdrawn, refused (and no further legal challenge is possible), or where the legal time limits have expired. The restriction also applies where land is identified for potential development by the local authority as part of a development or neighbourhood plan, and when the resulting draft plan is published for consultation, until it is withdrawn or ceases to have effect.

Finally, the Secretary of State will allow Registration Authorities to charge fees for TVG applications. Though these charges are unlikely to deter any steadfast applications, it is hoped that they will serve to sift out any frivolous ones.

We have offered a policy for many years for sites where planning consent has already been granted, which covers developers against losses arising following a subsequent application to register the land as a TVG under the Commons Act 2006.

With the changes from the Growth and Infrastructure Bill due to become law in a matter of months, we anticipate that the need for this type of insurance will dry up. By publishing a planning application or lodging a statement of intent, the risk to landowners of a TVG application is largely removed.

From a conveyancing point of view, it is worth noting that the changes (other than the statement of intent) will only come into force two months after the Act is passed. In the intervening period, cover remains available where there is potential risk of an application, and we are more than happy to take a look at these cases in the same way that we always have.

In terms of planning, the judicial review process is most commonly used in an attempt to overturn or modify a decision made by the local authority about an intended development. More specifically, it is used to question the process undertaken by the local authority, to review the lawfulness of a decision or action, and to examine whether any procedures have been missed, or not followed as required.

Whereas the Growth and Infrastructure Bill will have a considerable impact on the way TVG applications are handled, the changes to the judicial review application process are far less significant.

However, one notable change likely to be implemented is the reduction in the time-frame to bring a legal challenge. The time limit looks set to be cut from the current three months and 14 days, down to just six weeks.

The Justice Secretary, Chris Grayling, noted that this would mean the judicial review process “cannot be used any more as a cheap delaying tactic”. And though it suggests that developers will be able to proceed with planned works much sooner than the existing legislation allows, it's not quite as straightforward as that. The change will mean shifting from the clearly-defined rules which provide that applications should be submitted ‘promptly and no later than three months after the grounds to make a claim first arose', to a more subjective test where a claim should be brought within six weeks of when the claimant ‘knew or ought to have known of the grounds for a claim'. This definition is only likely to add to the uncertainty for developers.

Once approved, the new legislation will also remove the right to apply for an oral hearing in certain cases, such as where a judge has determined that a claim is ‘totally without merit'. Added to that, a fee of £215 will be introduced for oral hearings.

From our point of view, when these changes are effected, they are unlikely to have a major impact, as there will still be a need for insurance. Our underwriting process will remain unaltered because we focus on the extent of reaction prior to the granting of planning consent and the nature of the planned development.

When the time period for claims is cut to six weeks, we will review our premiums to reflect the smaller window in which claims can be submitted. For the time being, we will await further developments and keep you informed of our stance.

If you have any questions about how the changes to the town and village green or judicial review application processes will impact on the need for insurance, or to find out more about our indemnity policies, please call 01603 617617 or email enquiries@cli.co.uk.

Back Find out more
Restoring the balance Get off my land! Under the spotlight