'Oh, wouldn't it be nice to get on with my neighbours?' sang 60s rock band, The Small Faces – lyrics which are sure to have echoed the feelings of the parties involved in our latest claims case study. 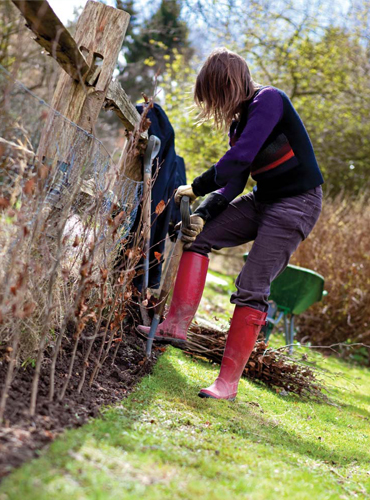 When a property in Esher, Surrey, was purchased in the summer of 2012, the buyer's solicitor, having already conducted the usual title investigations, thought it prudent to protect against unforeseen risks that could surface after completion. So, we provided a title insurance policy with a £675,000 policy limit.

In July 2014, the owners removed part of a hedge on their side of the apparent boundary line, believing that the existing original boundary was marked by a wire fence. However, the neighbours complained as they believed that the hedge itself was the boundary feature.

Verbal exchanges took place, which resulted in an incident being reported to the police. The neighbours then decided to put up a new fence on what our insured party believed to be their land. Consequently, our Claims team was notified of the situation.

Wide of the mark

We wasted no time in appointing a member of our claims litigation panel to represent the insured. We also appointed a surveyor to provide a professional opinion on the boundary line and to assess the potential loss in value to the property if the disputed part of the boundary had to be given up to the neighbours.

The surveyor visited the site and marked out where he believed the correct boundary line to be according to the deed plans. However, this was made more difficult as the neighbour had attempted to remove some of the historical boundary features, possibly in order to destroy evidence. The surveyor was still able to determine the boundary line which was, as initially suspected, in line with the historical boundary posts. The report also showed only a nominal loss in value to the property due to the small areas involved.

However, the neighbours had appointed their own surveyor whose report, somewhat conveniently, determined a different boundary line to our surveyor. With the neighbouring parties locked in dispute and emotions running high, the matter looked destined for litigation via the Courts.

Knowing that the Courts often take a dim view of boundary disputes, and given that the dispute was over a few feet of land with a negligible value, we were keen to avoid the case escalating and instead suggested bringing the matter to mediation.

In setting up the mediation, we covered the insured's costs for the mediator, the venue, and also for the attendance of both the solicitor and surveyor. Following the mediation, a deal was struck in July 2015, with a boundary line agreed by both parties and documented accordingly.

Our insured had to concede only a very small strip of land and, to put their minds at rest, we arranged for the mediator to attend when the new boundary fence was erected, to ensure the agreement was followed correctly. In total, costs came to over £20,000 to have the boundary agreed, documented and set in place, and perhaps most importantly to bring the dispute to an end.

In the case above, the purchaser's solicitor had the foresight to offer our title policy, SCIP (Secure Conveyancing Insurance Policy) to their clients to provide protection against any unforeseen title issues which might come to light after completion.

It turned out to be a shrewd move, as one of the potential risks covered under our policy is future boundary disputes which arise due to current boundary features not being consistent with the title or deed plan.

In this scenario, the policy covers the cost of any amount payable to free the property from the boundary inaccuracy. This includes the cost of legal and surveying representation and any court proceedings that may be necessary to determine the boundary issue. SCIP also covers a number of other potential risks, including:

Back Find out more
The price is right – but is the cover? Something brilliant this way comes... Overstepping the boundary - a recent claim