In the great Morecambe & Wise piano concerto sketch, Eric Morecambe famously tells conductor André Previn (or Mr Preview, as he called him) that he's "playing all the right notes, but not necessarily in the right order." 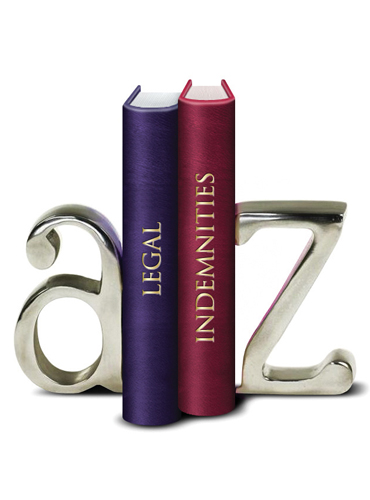 There are parallels between this classic sketch and the process of judicial review (no, really!). The system is used when it is believed that a decision by a public body has been made correctly, but not necessarily in the right manner.

In the planning process, judicial reviews are often used to modify or overturn a decision made by the local authority about an intended development. This may be due to the belief that the local authority, in coming to a decision, did not do so "in the right order" or may have missed something altogether.

This is where things can go wrong for developers. After work commences, there is a risk that a successful judicial review application could halt work or force changes. This is likely to result in added or abortive costs for the developer, and possibly leaving them unable to repay the lender.

Recognising the threat that judicial reviews pose to developments, the Government outlined plans to overhaul the system to boost growth and speed up development. This resulted in changes to the Civil Procedure Rules which govern the process. These changes were implemented with effect from July 2013; the most notable of these was the reduction in the time limit for applications to be submitted, from three months to, seemingly, just six weeks after planning is granted.

However, although reducing the window for judicial review applications seemed a positive move, it wasn't as simple as that. Previously, there were clearly defined rules for when an application should be submitted, i.e. "promptly and no later than three months after the grounds to make a claim first arose."

Now, the rules are more subjective and state that a claim should be brought within six weeks of when the claimant "knew or ought to have known" of the grounds for a claim. Unfortunately, this vague definition has created uncertainty for developers, and in some cases has meant the application period is longer than it was before.

More recently, the Ministry of Justice (MOJ) explored the potential for further reform to the process, and put a number of proposals to the Government.

In February 2014, the MOJ published the Government's response, in which it indicated that further changes will be made; mainly to prevent misuse of the system to object and cause delays to development. These changes include:

When these changes will be enforced is unconfirmed. When applied, they will help tighten up the judicial review process and prevent rogue applications from proceeding, but the risk for developers will not be completely removed.

To that end, we continue to provide Judicial Review legal indemnity cover to protect developers and their lenders. The policy covers the cost of participating in a response or defence following a judicial review application being submitted to the Court. If the application is successful and the Court quashes planning consent the policy also covers a number of losses, such as the expenses involved in complying with a Court order, which may require works to be altered or demolished. Abortive professional fees, capital monies and contractual liabilities are also covered.

We can also extend our policy to cover delay costs in the event that a judge awards an interim injunction while the judicial review application is considered, and the developer is forced to temporarily stop works on the site.

So, when you're next in need of a Judicial Review policy for a developer client, our cover is sure to hit all the right notes (and in the right order!). For further information, please call our underwriters on 01603 617617 or email enquiries@cli.co.uk.