The new owners of a listed property were shocked to have local planning officers pay them a visit, just days after having moved in, regarding work carried out by the previous owners. 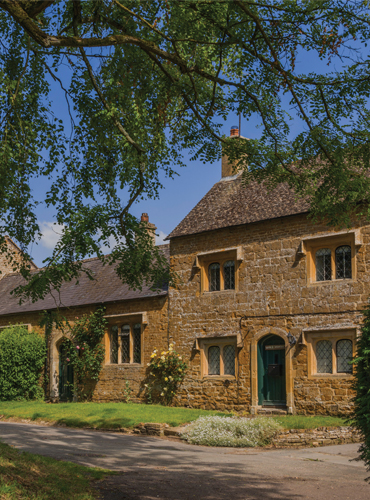 As owners of listed buildings know all too well, carrying out even the most minor of works or alterations requires a number of hurdles to be jumped before consent is granted. So the discovery by the local authority of a conservatory built at a listed property without the necessary consent was never going to end well.

The Hertfordshire property was a Grade II listed cottage where a conservatory had replaced the previous lean-to construction at the rear of the property some four years before the current owners bought it.

Solicitors acting for the purchasers approached us to provide legal indemnity insurance. After considering the details of the case, and taking into consideration the age of the works, we issued a policy to cover the risk of future enforcement action over the lack of listed buildings consent.

Shortly after the new owners moved in, a local planning enforcement officer (and a bit of a busybody by the sounds of it!) knocked at the door. As the owners were out, the planning officer left behind a business card, urging them to get in touch regarding a satellite dish that he had spotted on the exterior wall of the property whilst walking past.

Our insured contacted the officer, who was concerned that planning consent hadn't been obtained for the dish, and informed him that they intended to have it removed. The insured also took the opportunity to ask a question about replacing a fence at the property, and as a result, the officer subsequently visited the cottage. The planning enforcement officer had no issues with the owners replacing the fence, but whilst at the property, he spotted the relatively new conservatory and expressed concern with its appearance.

A few days later, the officer returned to the cottage, unannounced, with the local authority's Chief Conservation Officer to inspect the conservatory more closely. Upon inspection, the local authority representatives decided that retrospective planning and listed buildings consent would need to be applied for, otherwise enforcement action would have to be taken. It was at this stage that the alarmed owners contacted our claims team for advice and assistance.

After considering the options, our claims team agreed that we would cover the costs of any alterations if they were required to comply with retrospective listed buildings consent, or the resultant loss in value to the cottage, if the local authority took enforcement action and the conservatory had to be removed.

We instructed a firm of architects to create plans for alterations which it was hoped would comply with listed buildings consent, and an application for retrospective consent was made. We also contacted surveyors for a valuation on the property without the conservatory. It was calculated that the loss in value would be approximately £15,000.

The planning application wasn't particularly successful. The Parish Council objected to the proposals on the grounds that the conservatory was still not in keeping with that of a listed building. The Council's suggestions to meet their approval essentially required the owners to replace the entire structure rather than altering it as they had hoped. The insured had already received quotes for replacing the conservatory, which were all around the £15,000 mark.

In light of this, we decided to adopt a more flexible approach for the insured. As the claim would cost about £15,000 either way, we issued a cheque for that amount to the owners, leaving the decision regarding the conservatory in their control. So whether the conservatory was eventually replaced or wrenched from the property entirely, the new owners were at least not left any worse off financially.