As you know, during the conveyancing process, solicitors carry out a number of searches and investigations to identify potential title defects. And sometimes, something that first appears straightforward can turn out to be anything but. 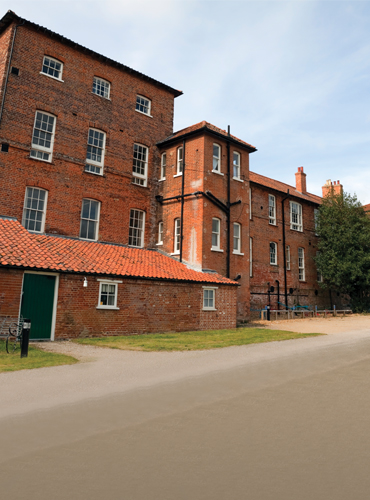 As the property developer in our latest claims case study found out, if the information cannot be relied upon, without insurance in place, the consequences can potentially be disastrous.

We were approached in December 2012 by a solicitor acting for a developer who was purchasing a commercial mill in Harrogate, North Yorkshire, in order to convert it into five residential units. To enable the developer to lay services to serve the new properties, access was required over a stretch of land; half of which was registered to the mill, and the other half was shown on an Index Map Search to be unregistered.

On that basis, we issued an Access and Services Indemnity policy with a policy limit of £1.5m to offer protection in the event that a third party came forward and sought to prevent or restrict use of the access.

Believing that one half of the access way was unregistered, the developer had applied to register a caution against first registration for the claimed right of way. However, it subsequently turned out not to be unregistered at all. As a consequence of the application to the Land Registry, the actual owners of the access were inadvertently notified, and inevitably, they wanted payment for the proposed residential use of their access. So, just a few months after the policy was incepted, we were notified of a claim.

Initially, our Claims team went down the route of claiming prescriptive rights for use of the mill over a number of years. However, even though the developer was in possession of statutory declarations showing a prescriptive right, the change in class of use from commercial to residential meant that this could not be relied upon.

So, in July 2013, our team permitted the developer's solicitor to make a speculative offer to the owners of the access for a legal easement allowing use of their land. When the owners countered a few days later with a ludicrous offer of £300,000 to grant the easement, we decided to take legal advice from one of the firms in our litigation panel.

In August 2014, after protracted negotiations, the owners finally agreed to a payment of £20,000 in return for a right of way over their half of the land. In addition to the cost of the easement, legal costs had reached in excess of £67,000 due to the length of time it took to reach an agreement. Thankfully for the developer, it was all covered under his Access and Services policy.

Back Find out more
The future's bright... Seeing the light Trouble at t'mill - a recent claim