"An optimist is one who fills in his crossword in ink”, wrote the literary critic Clement Short. If that's the case, then we're confident enough to put our views on the year ahead for the property industry in permanent ink. 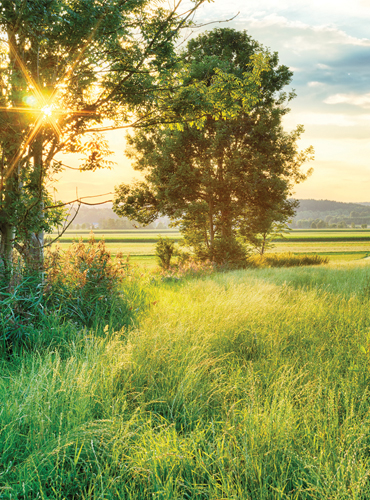 2014 turned out to be a great year for the UK housing market, and we think this upturn in fortunes is set to continue for some time. Though some market analysts are suggesting a slow-down in growth in 2015 compared to last year, we believe there is plenty of cause to be optimistic about the year ahead.

Of course, house prices have continued to increase, and the average price paid by first time buyers has also gone up by 9% in 2014, from £157,911 to £171,870. In spite of this, thanks to record low mortgage rates and schemes such as Help to Buy, people purchasing their first property have actually found buying a home more affordable in the last couple of years.

The proportion of disposable income that these buyers need to devote to mortgage payments is down from a peak of 50% in 2007, to an average of just 32%. The average deposit needed has dropped too, due to the increased availability of loans requiring a relatively small deposit.

With confidence having returned to the market and the Government's continuation of the Help to Buy scheme, there is every reason to believe that 2015 will be another good year for the home starter market.

The Government, keen to ensure that a limited supply of housing does not curtail the growth of the residential property market, has recently introduced the Starter Home initiative.

This forms part of the Government's plans to get Britain building, and at the heart of the scheme is a change to the planning system which will allow developers to build on under-used or unviable brownfield land, free from planning costs and levies. In return, developers will be able to offer new homes to 100,000 first time buyers under 40 years old, at a 20% discount.

The recent changes to the stamp duty system are likely to provide an extra boost to the property market this year, as the previous disparity between the duties levied on certain price thresholds has been ironed out.

As you know, the new system, which operates in a similar way to the income tax system, means that in the majority of cases, stamp duty will be lower than before. For some, these savings are pretty substantial. For example, those purchasing a property for £275,000 will now pay £3750 in stamp duty under the new rules, compared to £8250 that they would have had paid previously.

There is some suggestion that the General Election in May could have a dampening effect on the market as buyers wait until it is known which Government will emerge. We think it's more likely that there could be a bit of a rush to get completions through ahead of the Election, but that normal service will quickly be resumed once the results are known.

The Election will undoubtedly make for some interesting times ahead, but with the various Government initiatives and new system for stamp duty, pretty much everyone from first time buyers to developers are set to benefit in one way or another from these positive changes and incentives. All in all then, there is more than enough cause to be confident about the prospects of the property industry for 2015 and beyond.

Back
The future's bright... Seeing the light Trouble at t'mill - a recent claim