It’s true that insurers don’t have the greatest of reputations when it comes to claims, but the policyholder in our latest claims case study was delighted with the way we helped him out of a tight spot. 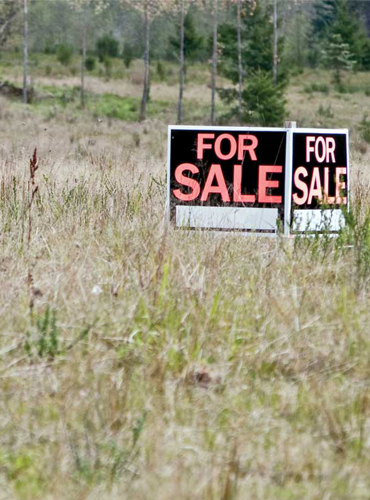 In February 2013, we were approached to provide a Restrictive Covenant indemnity where a plot of land in Falmouth, Cornwall was being sold at auction. The seller already lived in a house on the land, but intended to sell part of his land with planning for a single dwelling. However, a covenant was imposed in 1979 by a previous owner which stipulated that buildings could not be constructed on the land, and so insurance protection was required.

We provided a policy with a £250,000 policy limit, which meant the future owner would be able to build on the land knowing they have protection if anyone came forward to challenge their right to do so. With planning obtained and the policy in place, the land was listed for sale at auction.

On 23 February 2015, the morning before the auction, the policyholder received a letter from someone claiming to be a beneficiary of the covenant. They asked that the land be withdrawn from the auction until discussions had been held over the terms of the covenant.

After pulling the site from the auction, the policyholder notified our claims team of the issue. We acted quickly and got in touch with him that same afternoon. He explained that he couldn’t hold up the sale of his land for long as the funds were required for the purchase of another property, for which he had already submitted an offer.

We appointed one of our panel lawyers to act for the policyholder, who contacted the solicitor of the alleged beneficiary directly. Much of the legal argument rested on the beneficiary proving what land they owned and whether the covenant could be enforced.

Unfortunately, the other side’s solicitors were very slow in producing any documentation to evidence their claim, and the little evidence they did show was certainly not clear cut. Our team suspected therefore that they would not be able to enforce the covenant. However, with the dispute ongoing, the policyholder was not able to auction his land, which meant he was left in a very awkward position when his offer on another property was accepted.

Conscious of the difficult circumstances our policyholder found himself in, we were keen to provide a solution as quickly as possible. Although it was felt that the covenant was not enforceable, proving it may have taken some time, and was certainly not in the best interests of our client.

Instead, we entered talks with the supposed beneficiaries of the covenant, and made an offer to resolve the matter amicably. After a little to-ing and fro-ing, a deal was secured for the release of the covenants in July 2015.

The claim wasn’t an especially large one in monetary terms, with a total of around £18,500 paid out including legal fees. The course we took meant that the policy effectively paid to buy out a covenant that was, in all likelihood, unenforceable. With the so-called benefitting party struggling to produce evidence of their claim, the odds seemed to be stacked in favour of our policyholder, so it would have been easy for us to go down the route of legally disproving their claim. However, as time was tight for our insured party, we were keen to act in a way that suited him best, rather than ourselves; an approach which he was extremely grateful for.