For those involved in recent rights to light cases, Dickens’ words “It was the best of times, it was the worst of times” are likely to ring true. For those watching on with interest, it’s probably the most confusing of times. 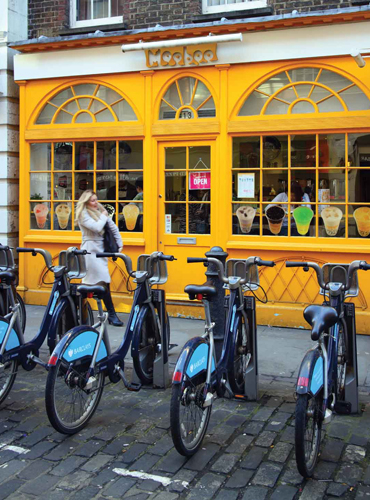 In one case, an injunction was awarded when the encroachment on a neighbour’s right to light was very minor; yet in another, damages were awarded despite a larger infringement.

A sting in the tail

In the case of Scott v Aimiuwu (May 2015), Mr and Mrs Scott sought to stop their neighbours, Mr and Mrs Aimiuwu, building a two-storey rear extension which would block light into three rooms at their home. Despite being aware of their objections, the Aimiuwus pressed ahead with the works.

When the matter proceeded to the Central London Court, the Scotts pushed for an injunction to be granted. While the judge was sympathetic towards the Scotts’ situation, after a review and a close examination of the decision in the Lawrence v Coventry case (2014), their application for an injunction was denied, and damages were awarded instead.

Initially, the judge considered the damages based on a share of the profits on the Aimiuwu’s house, but at £65,000, he deemed it too high. Likewise, he felt awarding £12,000 for reduction in value to the Scotts’ house was too low. Instead, he settled on £30,000, which he perceived as a fair middle ground between the figures.

In Ottercroft Ltd v Scandia Care Ltd, an injunction was awarded by an Oxford County Court judge. The case involved a relatively minor infringement of a neighbour’s right to light following the development of a café and the flats above it.

The infringement was in the form of a staircase that served as a fire escape to the rear of the property. It caused a minor loss of light to some of the windows in the claimant’s restaurant, with the value of the loss given as less than £1000.

However, the judge found one of the defendants, Dr Rahimian, to be an unreliable witness, saying “...it is obvious the defendant’s words cannot be trusted...” and found that he had deliberately set out to mislead the claimants over his development plans. As a result of his conduct, the judge had no hesitation in awarding an injunction. In this case, the injunction comes at a far greater cost than the damages which would likely have been awarded otherwise.

A degree of comfort

While these two recent cases are different in the extreme, there are some salient points to be taken from the rulings in both examples.

Although rights to light is an issue more commonly associated with larger scale, commercial developments, there is some comfort for developers to take from the decision in Scott v Aimiuwu.

The case offers a more balanced approach to deciding if an injunction is appropriate. While the default position for rights to light infringement remains that an injunction should be granted, the injured parties can no longer rely on this. Instead, the Courts must apply the law regarding rights to light and other nuisance cases more flexibly, by using a common sense approach, taking into account all circumstances before making a decision.

On your best behaviour

In Ottercroft v Scandia, the lesson is even clearer: be mindful of your conduct. In a case where the infringement was very small, had the offending party displayed exemplary neighbourly conduct, the outcome would no doubt have been different.

As it happens, the case has been listed for hearing in the Court of Appeal, and is to be reviewed in July of this year. In light of the relatively minor infringement, there is a chance that the decision could eventually be overturned.

The development industry will be watching on with keen interest for the outcome, but in the meantime, developers would do well to heed the lesson offered in the initial judgement about the way they conduct themselves.