Moving house is supposedly one of the most stressful things you can do; but imagine how much worse it must be to build your own home? And what if you found out the land you'd purchased to build it on belonged to someone else? 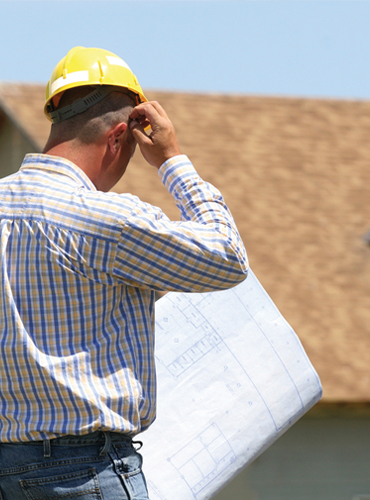 The insured parties in our latest claims case study were faced with this exact scenario, and they ended up being hugely relieved that their solicitor had recommended they take out a Possessory Title indemnity policy.

The land, in Guildford, Surrey, originally formed part of the garden of an adjoining property, and had been sold as a building plot to our insured, Mr and Mrs C, for £95,000. It was registered with possessory title in February 2010, and was supported by a statutory declaration from the sellers claiming adverse possession dating back 33 years.

We were asked to provide a Possessory Title indemnity on a pre-planning basis, with a policy limit of £300,000 to cover the fully developed value of the proposed property. On the basis of what seemed a strong, sustained period of possession, we were happy to accept the risk, and the policy went on cover in October 2010.

Two years later, our claims team was notified of a potential claim. Mr and Mrs C had been informed by the Land Registry that another party, Mrs J, had claimed ownership of the land, and requested that our insured's possessory title be cancelled.

Armed with the statutory declaration claiming 33 years adverse possession, our team did of course challenge the claim, but the Land Registry Adjudicator found in favour of Mrs J on the grounds that the sellers had greatly exaggerated both the levels of use and the timescales in which the land had been used.

Our first plan of action was to attempt to negotiate with Mrs J, in order to legally purchase the land for our insured, but she refused our offers. The only option left was to indemnify Mr and Mrs C for their full loss. Luckily, no development work had been carried out, but they had still paid out the purchase price, plus other costs and fees.

In total, we reimbursed them in excess of £190,000, made up of the purchase price of the land, abortive costs such as planning fees, preparation work on the land and surveyors' fees. So, despite their frustrations, Mr and Mrs C were, at least, no worse off financially thanks to their solicitor and our Possessory Title indemnity policy.