Much like the fact that lightning can actually strike the same place twice, claims can also occur on the same legal indemnity policy twice, as illustrated by our latest case study. 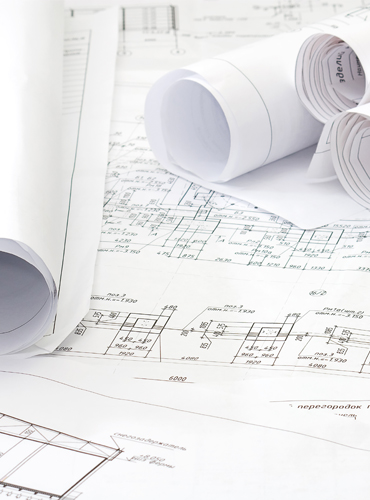 We were approached by solicitors acting for a developer who intended to purchase two large properties in Chigwell, Essex, for the purpose of demolition and redevelopment as five residential dwellings. The developed value of the site was £8m.

Both existing properties were subject to a 1954 covenant which was put in place when they were sold by the Church, together with some other land. The deed contained a restriction “not to develop or permit to be developed ... as a building estate”. The solicitor acting for the developer was concerned that the covenant would prohibit development of the site and contacted us for an indemnity policy.

At this stage, planning permission had not yet been obtained, so we were asked to provide a quote for a Restrictive Covenant indemnity on a pre-planning basis.

In considering the risk, we were able to take some comfort from an earlier 1968 Deed of Release from the Church in respect of some nearby properties. This indicated to us that, in a worst case scenario, the Church would potentially be receptive to negotiate over settlement, as opposed to the developer being faced with an injunction preventing the works from proceeding. So we offered a quotation which was quickly taken up.

Planning permission was obtained, but, three weeks before the demolition works were due to start, a letter was received from a solicitor representing himself and two neighbours, claiming the benefit of the restriction as the successors in title to the Church.

We immediately instructed the developer to hold fire on the demolition. As there was doubt about the covenants’ enforceability, we sought to defend the claim. At the same time, we made a modest ‘without prejudice’ offer in an attempt to settle the matter swiftly without the need to endure a lengthy journey through the Courts.

In the meantime, we sought advice from Counsel, who advised that it would be unwise to knock the original houses down as there was a possibility the covenants might be enforceable. That meant the pressure was on to settle the matter as quickly as possible to avoid delays causing further losses to the developer.

A reply was eventually received from the claimants. They sought £100,000 for a release of the covenants but, after negotiation, ultimately agreed to settle for £35,000 plus costs. The developer was delighted with this result, as they were able to proceed with the development within eight weeks of having notified us of the claim.

However, the story didn’t end there. A year after seemingly putting the matter to bed, further correspondence was received in relation to the five house scheme, this time from the Church itself.

The Church sought a fee of between £5,000 and £10,000 per property for release of the covenants. By now, of course, the development had been completed, but our policy remained in force to cover any residual risk.

Given the advice we’d previously been given by Counsel, we decided to engage with the Church rather than contest their claim, and sought to reach a settlement with minimum delay. Consequently, a short while later an agreement was reached to pay £25,000 to release the covenants on the five new properties, allowing the developer to sell the properties unaffected by the restriction.

So after two separate claims on the policy, a total of just over £72,000 was paid out. Even now, the policy remains in place to protect each homeowner and their lender against future claims, although the likelihood of that happening is now very slim.

Back
Insight: pre-planning ahead One policy, two claims Introducing a familiar face