Intouch Summer 2015 - Kicking up a stink – a recent claim

Dealing with claims is rarely a straightforward business, but sometimes problems occur which are difficult to anticipate, as our Claims team found out in the latest case study. 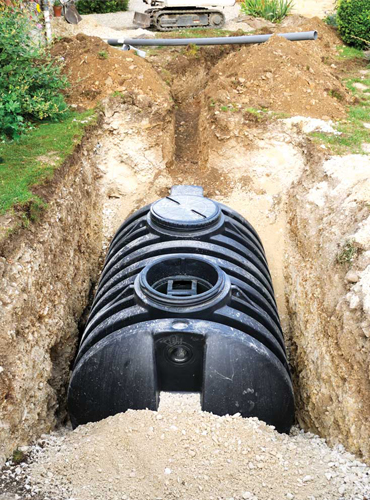 The case concerned a pub in Pontefract, West Yorkshire, which was purchased by a couple in 2006. The property was connected to a septic tank that drained into a ditch across the road, but the ditch formed part of their neighbour's property.

Since there was no legal right of access to the neighbouring property – which belonged to a farmer – we were approached by the couple's solicitor to provide a Services indemnity to cover the lack of a right to maintain or repair the services to the property. We duly obliged and offered a policy with a £685,000 policy limit, and cover commenced in March 2006.

In October 2012, after more than six trouble-free years, we were notified of a claim under the policy. There had been problems with the functionality of the septic tank's outflow pipe, which resulted in raw sewage being discharged onto the neighbour's field.

Naturally, the pub owners sought to upgrade the system and repair the outflow pipe, but the farmer refused to allow the outflow to continue on his land. In the meantime, the pipe had to be blocked off, which meant that the owners had to pay a waste disposal company to remove the waste.

Our Claims team's first course of action was to look to defend the position of our insured couple on the basis of a prescriptive right over the farmer's land. This seemed perfectly reasonable, given that the services had been connected to the pub via the farmer's field for around 30 years.

They were hoping to prove these prescriptive rights through a declaration from a neighbouring owner, but he unfortunately passed away. As the wife of the deceased did not feel comfortable making a statement to support the prescriptive right claim, our team had to look for an alternative way to assist.

The Claims team initiated negotiations with the farmer in early 2013 for a legal easement. There were several delays in the discussions though, particularly as the farmer had requested that we revisit the matter with him after the harvest in 2013. By the end of that year, after much to-ing and fro-ing, it became clear that an agreement was not going to be reached.

Keen to resolve the issue for the pub owners, our team instead sought advice from a drainage consultant to investigate an alternative route for the services. After an alternative route was identified, planning permission was granted by the local authority in August 2014 to connect the pub to the sewer system.

The problems didn't end there. The region's water authority, Yorkshire Water, was initially unable to locate the nearest manhole, causing further delays. When they finally did, it was discovered that the existing drain was badly damaged. Yorkshire Water indicated that they had no intention of repairing the drain, which meant a connection to the sewer had to be made further up the road, leading to significant additional costs.

The claim had lasted for more than two years, with a number of unexpected twists and turns along the way, but matters came to a conclusion in March 2015 when the bulk of the works were completed.

In total, costs came to over £220,000 which included more than £140,000 for the new sewer connection, plus significant fees paid to the waste disposal company to remove waste from the property over a period of more than two years. Most importantly though, the owners of the pub were able to continue running their business, just with a little less stress than before.