When claims occur on legal indemnity policies, the costs are often eye-watering. But as our latest case study shows, it's sometimes down to expertise rather than money which helps a claim reach a successful conclusion. 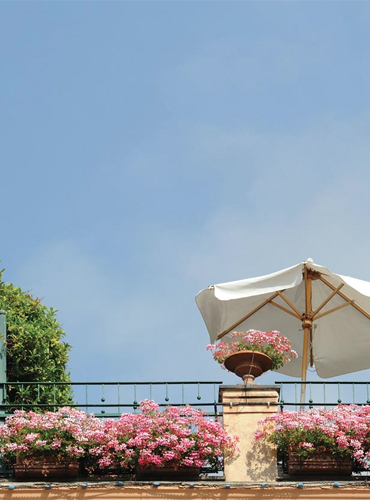 We were approached in September 2011 to provide an indemnity policy for a period home in Bath which was being purchased for £338,500.

During the conveyancing process, the solicitor acting for the purchaser discovered that French doors had been installed by the seller and, while listed building consent had been obtained, no planning permission had been granted.

After considering the circumstances, we provided a Lack of Planning Permission policy to protect the new owner against any future enforcement action in relation to the installation of the doors.

Bolt from the blue

In March 2015, we were notified of a claim on the policy. One of our insured's neighbours had complained to their local authority that the French doors, which opened out on to a roof terrace at the property, had an impact on the privacy of their garden.

An enforcement officer from the local council had subsequently got in touch to let them know that they would be investigating. Understandably, the insured was very concerned about how to resolve the situation.

A bit of expertise

Due to the complaint coming from their neighbour (who it turned out had once owned the property), our Claims team decided that it was fair to assume that any application for retrospective consent would be met with resistance.

To defend our insured's position, and in order to liaise with the local council on our behalf, we appointed a planning expert from a Town Planning and Development Consultancy firm.

After visiting the property, the planning expert quickly took up correspondence with the council. He informed the council that he was in the process of compiling evidence and requested that they take no action until his investigations were complete.

In the meantime, the insured managed to track down an invoice for the installation of the works. As this showed evidence that the doors were installed at least 4 years before, the planning expert recommended that the insured make an application for a Lawful Development Certificate, supported by a statutory declaration, the cost of which was picked up by our policy.

A couple of months later in June 2015, the council granted the certificate for the doors, meaning no alteration was required and the matter could be brought to a simple and successful conclusion.

After being told the outcome, our insured emailed us to express her delight, saying: “That is really, really excellent news and a great weight off my mind! Thank you for all your hard work and efforts on my behalf. You have been really supportive and very professional.”

The total costs for settling the claim came in at around £4,000 which, compared to the vast majority of the claims we handle, is fairly trivial – though of course it wouldn't be seen that way by an uninsured homeowner.

What this does demonstrate though is that dealing with claims isn't just about paying out. The way an issue is handled is important too. By acting swiftly and in the best interests of the client, we were able to resolve a worrying situation in the space of just three months.

Back Find out more
A bigger, brighter, better Elite is here! It's not about the money - a recent claim Pleased to meet you