For major development works, the issue of rights to light has always been a cause for concern, but the Court's recent decisions mean developers and their solicitors need to tread more carefully than ever. 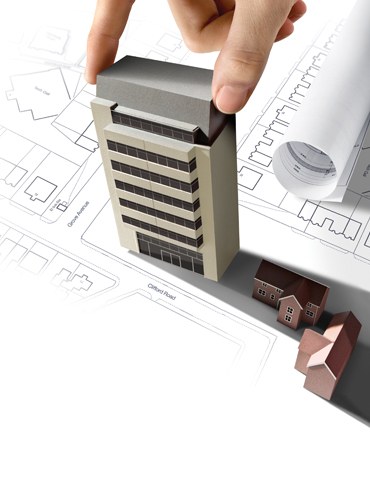 The cases of Regan v Paul Properties Ltd and HXRUK II (CHC) Ltd v Heaney serve as ominous reminders that the Court's primary legal remedy for all infringements, other than minor ones, is to grant an injunction instead of awarding damages to the affected party, irrespective of the stage that the works have reached.

In addition to the time needed to carry out the work, the cost of alterations following an injunction is often significantly higher than the level of damages paid. For example, adjusting the development in the HXRUK II (CHC) Ltd case was estimated at over £2.5m. So it's understandable that rights to light is seen as a major barrier to development projects.

Even if the courts make a decision to award damages to the claimant over an injunction, the damages are based on common law principles, and assessed on a percentage of the profit generated on the development, which will obviously still have a significant impact on the developer's profit margin.

As a rights to light insurance provider, we can offer protection that will help a development move forward. But, while insurance offers an all-encompassing solution, there are also a number of ways that developers can potentially reduce the risk of a rights to light claim themselves.

One way to mitigate a risk is for a developer to try and resolve any potential claims before they arise, by approaching and negotiating with those people who have a right to take action against the development, as identified in any specialist survey reports.

While this course of action may help to reduce the overall risk, it's unlikely to remove it entirely, as it may prove impractical or impossible to contact all potential claimants before work commences. For example, one of the affected properties may have been converted into flats, and the landlord cannot be traced.

The risk and amount of a rights to light claim can also be significantly reduced if a local authority invokes section 237 of the Town and Country Planning Act 1990, which was the case in one of our recent enquiries. Under the Act, local authorities are able to override some of the rights of the third party, including their rights to light, so a developer is allowed to proceed without the threat of an injunction.

Clearly, in every case, the local authority must take a balanced view of the impact of a development, and be satisfied that the works will enhance the economic, social or environmental wellbeing of the area, while also taking into account the effect on other properties. If the local authority chooses to exercise its powers under the Act, it will be because it considers the site as significant for local planning and development purposes, and it will have to acquire or appropriate the land for planning purposes. Having done this, the affected party is entitled to apply for compensation from the local authority, but it is restricted to covering only the reduction in the value of their property, as per the Compulsory Purchase Code. If successful in securing the assistance of the local authority in this way, we are able to offer the developer a ‘compensation only' policy at a significantly reduced premium. However, instances where local authorities have exercised these powers are few and far between and therefore it's not often a viable solution for developers.

Putting aside the steps a developer could take to mitigate a risk, there's still the chance that they may be forced to stump up the funds to defend a claim, however unlikely it originally seemed. Even if the courts rule in favour of the developers, winning is still a costly business. This was highlighted in the case of CGIS City Plaza Shares 1 Ltd v Britel Fund Trustees Ltd. Although there was a previous agreement with a former adjoining owner, which authorised interference with the light enjoyed by their property, the successors in title brought a rights to light claim against the developer, for rights they felt they had acquired by prescription during their ownership.

Although the claimant's case was ultimately defeated, it's likely that the legal defence costs were funded up front by the developer. In this instance, insurance could have helped to ease the burden. Under our Rights to Light policy, we offer cover for all legal defence costs and expenses incurred, and this applies from day one of any claim.

There may be some respite for developers in the future, as the law regarding rights to light is currently under review by the Law Commission, with a consultation paper due to be issued at some stage this year. Unfortunately, the Commission anticipates that publication of their report, including a draft bill, will not be until 2015 at the earliest. So until any changes to the law come about, for now at least, insurance appears to be the only tangible solution to fully protect a developer alongside other risk mitigation action.

With years of experience handling complex commercial legal indemnity enquiries, we are one of only a few companies to offer a specific Rights to Light indemnity cover.

Our policies are designed to protect the developer where they believe a development has the potential to block, or partially block another property owner's light, and that person may pursue a rights to light claim.

Each case we consider is looked at according to its merits, and where steps have been taken to mitigate a risk, we are able to adopt a flexible approach as regards pricing and cover. Similarly, a developer may opt to pay an excess in the event of a claim in order to reduce the premium.

As standard, our policies cover the following potential losses:

If you have a rights to light case that you'd like one of our specialists to handle, call 01603 617617 or email enquiries@cli.co.uk.