'No search' indemnity policies for remortgage transactions may seem to be little more than a 'belt and braces' type cover, but they do have a practical value, as the lender in our latest claims study will attest. 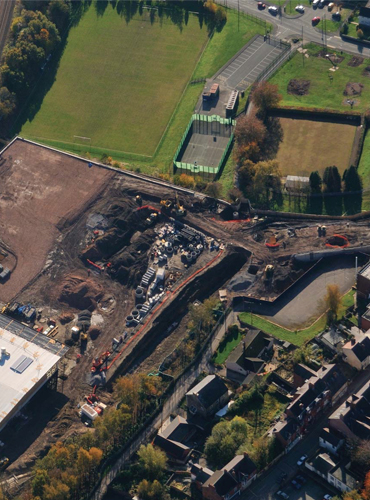 The case concerned a property in Wrexham, where £108,000 was loaned to a borrower in January 2008 upon completion of a remortgage. As no searches were being carried out, the lender's solicitor arranged a 'No Search' indemnity policy to protect them in case an existing adverse entry was later revealed.

In June 2015, more than seven years later, the lender got in touch with our Claims team to make a claim. It transpired that, following the borrower defaulting on their payments, the lender had taken possession of the property.

When attempting to sell the property in early 2012, a search revealed the presence of old mineshafts within a 200m vicinity of the property. Inevitably, the lender then encountered difficulties in selling it. However, it was only after they'd sold the property at a substantial loss in October 2012 that they realised they had indemnity cover in place.

It was a slightly unusual situation in that the lender had come forward more than two and a half years after the property had been sold on, and initially, the lender had assumed that because of this, they would be unable to make a claim. However, unlike a number of other insurers, who have a strict time limit on when a claim should be notified, our team pressed ahead and looked into the matter.

In order to consider the claim further, the team requested copies of the mortgage and repossession files. The files revealed that prior to the discovery of old mineshafts in the area, the lender had put the property on the market in February 2012 with an asking price of £80,000. The completion statement from the lender confirmed that the property had eventually sold in October 2012 for £61,000.

Upon submitting their claim to us, the lender requested reimbursement of around £32,000. That figure included more than £13,000 in repossession and sale costs, which we had to decline as these losses were not covered, due to them not being directly attributable to the mining shaft issue.

However, we paid the lender a settlement of £19,000 to cover the shortfall between the property's original list price and the figure that it was sold for at auction, as covered under their No Search indemnity policy. So for the sake of a policy which, in this instance, cost little over £20, the lender was able to recoup a significant portion of their losses and settle a long-running case.